Monika Immrová’s artistic statement has several distinct, vividly blending levels: sculptural plasticity, architectural perception of space and matter, the human scale, proportions, the meaning of light and material, the awareness of order. The current exhibition contains a retrospective dimension, but the works are arranged thematically in order to highlight the mutuality of meanings in her sculptures, reliefs and prints from different periods. This allows for the reflection of their relations in the whole body of work, revealing at the same time the links between expressive elements in each individual work.

A distinct line is represented by relifs of a geometrized morphology. They reflect Immrová’s effort to achieve the universal, timeless, accurate and perfect form. However, her early reliefs are of a different character, departing from her early large-size pencil drawings of structures. A paramount role in Immrová’s perception and creative focus has always been played by architecture and in general by a sense of space and mass, a belief that through her works she can greatly influence and bring to life the spatial and lighting situation of a particular place. Her sculptures testify to her profound visual and practical experience with the synthesis of organic, stereometric shapes. Her figures and heads are not a result of a process of simplification, but of immediate realization, finding the universal in the present. The expressive power of her sculptures is derived from plasticity with a minimum of surface expression, the human scale and the significance of proportions. The principle of plasticity also appears in Immrová’s sets of prints. The meaning of light – its constant variability, but also the variability of expression through material – is very important for all the expressive elements. The awareness of the order which the artist desires to make visible is in fact also a tribute to constant change, to the interconnectedness of all details of her work.

Monika Immrová (born 1970 in Louny) studied at the Academy of Fine Arts in Prague in the years 1995–2001 (Sculpture Studio of Jindřich Zeithamml; in 1997 she was on a short-term study stay at the Staatliche Akademie der Bildenden Künste in Stuttgart, and in the years 1999–2000 at the Hochschule für Bildende Künste in Dresden). In 2011 she was an artist-in-residence at the Raketenstation at Hombroich, Germany. In the years 2012–2018 she continued her studies at Academy of Fine Arts in Prague in pursuit of her Ph. D. She co-founded the association Sculpture 2 and initiated several exhibitions by its members. Since 1996 she has had a number of solo exhibitions, such as Glypho Grafein at the Gallery of Fine Arts in Most, 2003; Bayer&Bayer Gallery in Prague, 2004; Dialogues at the Hall under Plečnik’s Staircase at Prague Castle (together with Jindřich Zeithamml), 2006; Line and Form at the Caesar Gallery in Olomouc, 2007; Shapes at the Ostrov Summer Palace (Karlovy Vary Art Gallery) and at the Regional Art Gallery in Liberec, 2009; Connection at the Gallery of Louny, 2012; Another Time [Sculptures and Works on Paper] at the Church of St. Lawrence in Klatovy, 2013; Sculpture at GASK – the Gallery of the Central Bohemian Region in Kutná Hora (together with Daniela Vinopalová), 2015; The Shape Precedes Space at the Dům [House] Gallery in Broumov, 2015; an exhibition within the Nika 7a Project and at the Dominican Monastery in Prague, 2016; Sculpture at the Topič Salon in Prague, 2017; Articulation at the House of Art in České Budějovice, 2017; an exhibition at the Galerie Goller in Selb, Germany, 2017; and at the Závodný Gallery in Mikulov, 2018. She has created a sculptural realization at the Maxipes Fík waterfront in Kadaň (2011). In the years 2008 and 2009 she won the Graphic Art of the Year award. She has illustrated Gustav Erhart’s book Podvojná znamení [Double Signs] and Michal Maršálek’s book Pootevřeno [Partly Open], both published by Dauphin. She has co-authored the book Socha 2, AVU 1990–2016 Demartini – Zeithamml [Sculpture 2, Academy of Fine Arts1990–2016 Demartini – Zeithamml] published in 2017 by NAVU, the publishing house of the Academy of Fine Arts in Prague. 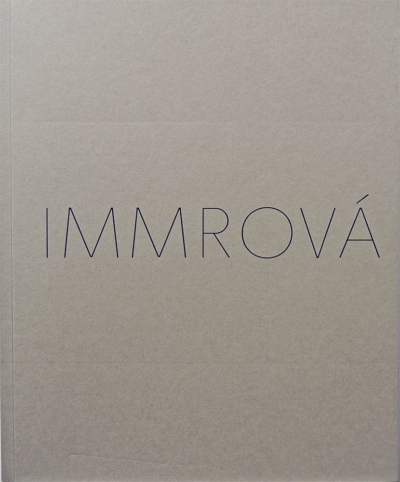