Jan Jedlička’s first summary exhibition in the Czech Republic and worldwide presents a cross section of his most important cycles and works, created in his Swiss-Italian exile starting in the 1970s and more recently again in Prague.

Jedlička uses a wide range of artistic media to produce longterm projects in which he seeks to explore several selected localities, in particular the Maremma region of Italy and the Prague Basin. Instead of depicting the Mediterranean or Central Bohemian landscape, however, his paintings and drawings consist of abstract signs and structures. They are not typical visual representations, but a kind of mental image of the landscape. Defining elements of Jedlička’s artistic creations include a reverential relationship to the landscape and the presence of time and light when moving through the countryside. Nevertheless, each image as a whole is characterized by a multilayered approach that is reflected in his systematic work with a wide range of media. The exhibition will be clearly structured according to the types of processes that Jedlička works with, and will present his extensive photographic cycles, paintings made using locally gathered pigments, drawings and cartographic records, prints and collotypes, and short films and videos.

This, the first comprehensive exhibition of the work of Jan Jedlička, a quintessentially European artist, maps all the facets of the extensive oeuvre that he has created since the 1970s in his Swiss, Italian and Prague homes. Jan Jedlička records landscapes, their visual aspects, but also what he experiences when moving through a landscape, and how the landscape changes. His observations reflect the seemingly indiscernible changes that shape a landscape from the perspective of different times of day, the changing seasons, the decades of the artist’s physical presence, the centuries of human civilisation and the millennia over which land masses have formed.

Jan Jedlička’s oeuvre seems at first sight very diverse, but closer examination reveals it to be surprisingly coherent. His combining of different techniques and media creates multi-layered images of places in a landscape, which he usually observes over a longer period of time. Here a photograph is supplemented with a film, or printed as a photogravure or screen print, or transposed into a mezzotint or drawing, or into a painting executed in Jedlička’s handmade pigments. Thanks to this diversity, viewers can uncover the individual layers, scenes and emotions as if they were falling into a dream about reality that lets them see beneath the surface of an image and transport themselves into the landscape itself.

The current exhibition at Prague City Gallery in the Municipal Library is the first to present the full breadth of Jan Jedlička’s art. It is not structured chronologically but instead maps how he moves through a landscape along the paths of his various creative strategies. Each work is always connected to a particular place and time, and for this reason the selection is arranged according to the three most significant geographical regions he has worked in.

The most important and most extensive section covers Jedlička’s project from the Maremma in Italy, where he has been working for more than four decades. To record the character of this landscape, Jedlička has developed a technique of painting using local pigments, which he makes from the minerals, clay, sand and dust he collects. He systematically places the pigments next to one another in the order in which he found them, and this creates a specific representation of the landscape that documents its colour and structure.

Jedlička applied another principle to reflect this landscape and its spatial relations in works such as his cycle of paintings Maremma, rosso-blu (1997–2001), his print cycle Landscapes (1980–1984) and the large-format mezzotints he derived from it, where we see abstract symbols of the landscape taken from the gradually vanishing structure of the region’s drainage canals. Here the dark areas represent the land, while the light areas show reflections in the water at a particular moment.

In his “quadruple drawings” (Quaterna, 1985–1989) Jedlička then recorded how the details of these canals changed as he observed them from different perspectives.

The Cartographic Drawings (1993–1996) add the dimension of time to Jedlička’s work, showing his successive recordings of larger sections of a landscape as he walked along a predetermined route and drew what he saw at various points in time.

To capture time, however, Jedlička primarily uses photography and video. For his extensive time-lapse photography series Echo (1980–1989), Il Cerchio (2005–2006) and 200 m (2016) he documented different times of day, changes in the water levels, the weather and other natural phenomena, and human activity on the beaches over the course of a year. And then the radical changes to the landscape caused by human intervention come into focus more or less automatically.

In contrast with the visual precision of Jedlička’s photographs, his films Echo – Vocis Imago (1994) and Interno (2001) approach the same themes with an indistinct, abstract fluidity that reflects the principles at work in our perception of reality. Città dei vivi, città dei morti (2004), a photography series from Grosetto in Italy, goes to the other extreme, capturing a moment of timelessness in the city’s seemingly deserted cemetery and residential quarters.

In the 1990s Jan Jedlička began investigating new types of landscape. He travelled around Ireland, where he applied his creative processes to very different scenery. At the start of the new millennium he turned his attention to his birthplace, Prague, and its environs, as well as rural and urban landscapes in Wales and Ireland.

These activities have given rise to a number of new cycles in which Jedlička works with similar techniques to those he used earlier in the Maremma, above all pigment paintings, watercolours and photographs. Prague is featured in pigment paintings and a film and photographs from St George’s Basilica at Prague Castle (Basilica, 1997), and from Britain there is the Hills and Trees cycle (2002). There are then two projects that are quite different in kind from the others: a photo essay about a train journey from Basel to The Hague, and a commission for stained glass windows for the Church of SS Cosmas and Damian in Sicily.
Jedlička’s mapping of selected regions also has an anthropological layer, for human civilisation is an integral part of the landscape. Such works include the film Le Cuoche (The Cooks, 1999), shot in Ristorante Macchiascandona in Grosseto in the Maremma, which he frequented for many years.

From Britain there was also The Rose and Punchbowl (1999), a series of photographs from a Halloween party for hospital staff in a London pub that gave the series its name. In 2001–2002 Jedlička had a residency at the Centre for Global Dialogue in Rüschlikon, resulting in an extensive series of photographs called Reflections and two films titled 16 Sketches of Dialogue and Air. They present Jedlička’s perspective on visitors and staff at the conference centre, in a dialogue with the building and its surroundings.

Jan Jedlička’s investigations of these European landscapes and communities reveal him to be an artist, walker, explorer and observer with an extraordinarily open mind who pays close attention to his surroundings.

Jan Jedlička was born in 1944 in Prague, where from 1962 to 1968 he attended the Academy of Fine Arts. In 1969 he emigrated to Switzerland. Since then he has lived in Zurich, and since the 1990s in Prague too. In the late 1970s he began regularly staying and working in the Maremma in southern Tuscany. In 1993 and 1997 he was awarded grants to travel and work in Britain, and in 2001 he worked at the Centre for Global Dialogue in Rüschlikon, near Zurich. 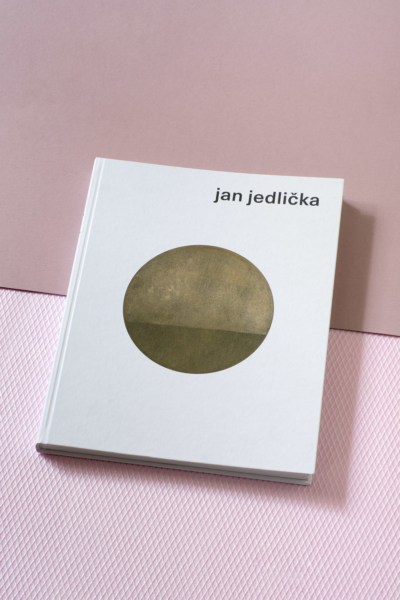