Bedřich Dlouhý – What I Like is the first retrospective exhibition of the work of the painter Bedřich Dlouhý (*1932) from 1956 to the present day. It reveals the depth of Dlouhý’s creative imagination, the originality of his ideas and techniques, and it shows how his experimentation went beyond the contemporary concept of the medium of painting. In a selection of works, many of which were previously unknown and have never been shown before, the exhibition embraces the richness of this artist’s work and outlines how his art developed. Dlouhý was one of the co-founders of the legendary group The Šmidras (1957), and we explore Dlouhý’s still topical Dadaist and “Šmidra-esque” strategy of bridging seriousness, flippancy and absurdity. We discover the brilliance of his painting, his ironic takes on pop art and photorealism, and his witty paraphrasing of the old masters. We also examine his inventive use of assemblage and collage, two techniques that came to dominate his work. They offered him freedom of expression, they brought into play the principle of chance to stimulate his imagination, and they allowed him to extend his sense of humour and his ironic use of illusion. In this respect Dlouhý’s Šmidra-esque vitality remains unusually active, as is also demonstrated in a film that Aleš Kisil made in 2000 as part of Czech Television’s Ateliéry/Studios series. The documentary forms an integral part of this retrospective.

The exhibition is accompanied by a richly illustrated catalogue designed by Zdeněk Ziegler. 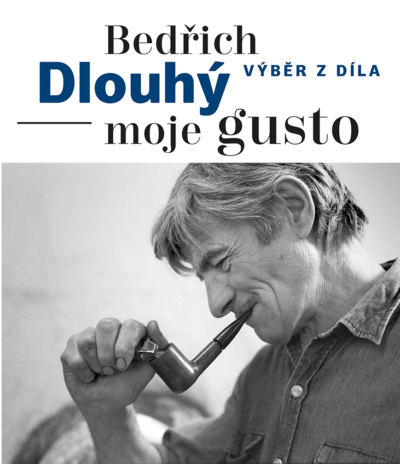