Richard Deacon (*1949), CBE, is the winner of the fourth edition of the Turner Prize in 1987. Since the 1980s his sculptural output has ranked alongside the most prominent creative achievements in this field, standing out not only in the context of the strong generation of British artists including Antony Gormley, Anish Kapoor, Alison Wilding, Tony Cragg and others, but also earning him repute as one of the most distinctive and most closely followed artists on the world scene. This has been attested to by his many exhibitions staged by prestigious art institutions on all continents, as well as by his numerous monumental realizations scattered around the globe, from California to Tokyo.

Even though due to limited spatial dispositions of the Municipal Library Deacon’s oeuvre cannot be shown here in its completeness, visitors will still be able to view an impressively wide cross-section of his creative output exemplifying the artist’s characteristic analytical and cultured approach to the employment of industrial materials, and in his most recent ceramic objects his bold ventures beyond the traditional boundaries of the art of sculpture. 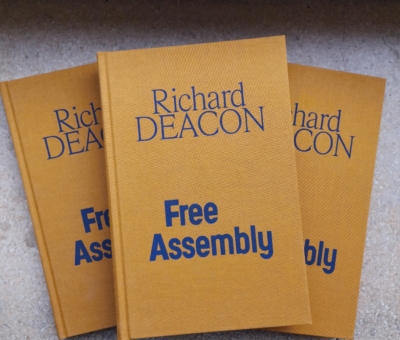