The fifth edition of the project Start up will introduce works by five up-and-coming young artists, along with information about the studios where they have studied. The individual shows will be accompanied by a number of supplementary programmes supervised by the participating artists and/or their teachers, a video shown at the exhibition, and a 16-page magazine FILES in the limited edition of 200 pieces.

Growing up in one of Prague’s housing developments, somewhere like the city’s Southwestern District, entails two existential options: namely, either you acquire a certain affinity for this type of residence in a concrete block of flats, or you do your utmost to pack up and leave as soon as possible; which, of course, fails to mention the variant where you have no real choice. In the case of Michal Drozen, an affinity for life in a housing development has evolved into a sentiment quite close to love. Recently in fact, he even found himself a studio in a concrete block of flats in the quarter of Žižkov, overlooking more such blocks, a fact that has since projected into a number of Michal’s drawings faithfully copying the uniform facades of houses across the street.

“A hero is everyone who remains true to themselves,” wrote painter Jakub Hošek referring to Michal’s output. Indeed, the very uniformity of an urban development, an environment where this aspect of authentic survival in the midle of greyness is particularly relevant, has inspired Michal to turn to his own self as the central theme of his work: to paint himself.

Michal works exclusively in series, an approach which materialized earlier on in his career in paintings of, among other subjects, shoes, fruit or English model cars, all in real scale, and whence he subsequently progressed to compositions structured from multiple images of his own face, on which he first concentrated during his third year of Academy studies and which he then gradually brought up to a monumental scale. In 2014, he presented these works to the jury of the Critics Award. “I spread them all across an entire wall, and then I realized there was probably no other way ahead than to get in my whole figure,” says Michal of his further development. There, he also drew inspiration from works by other artists, such as Jason Brooks (whose canvases he had seen at the exhibition Beyond Reality, in Prague’s Rudolfinum), or Chuck Close. He continued to produce self-portraits during his study visit at the Antwerp Royal Academy of Fine Arts, under the supervision of Vaaston Colson, where he was attracted by the local independent platform, ultra eczema, with Colson as its protagonist, whose endeavours he paralelled with those of Prague’s A.M.180, of which Michal is a great fan.

Michal’s Academy degree thesis work of last year, entitled Indie Hero, consisted of four large paintings (four metre high each), plus a messy array of smaller-scale ones, capturing Michal in various situations stylizing himself as a twenty-five-year-old hero of an urban indie community who is naturally constantly broke but whose ultimate ambition is to be satisfied with himself. The result is a peculiar sort of a lifestyle diary.

In his Start up show, he is presenting a series of paintings centered around sunny moments in Michal’s introverted life. In painting his Academy degree thesis work, as well as the series shown here, entitled Start up End down, Michal drew on photos portraying himself, taken exclusively by his partner, Linda, who has taken to the practice of shooting pictures of the two of them in various mundane environments, and consequently she now and then emerges in his paintings, shown there by his side and thereby becoming a new figural theme of his work. Certain qualities of the paintings, such as their shallow depth and overall appearance of incompleteness, add to these works’ resulting impact, as well as assigning them features reminiscent of snapshots. Nor, actually, do they feature anything like a distinct contrast between light and shadow. In terms of format, the individual canvases conform to the actual size of the human figure, or more specifically, Michal’s own (193 cm), set within a frame.

The present series is more than anything else a social document recording the commonness of a given situation and environment, and the young couple’s sense of pride as they support each other.

In his solo self-portraits, Michal is shown for instance standing beside a garden shower rod, his fingernails painted red during a summer party, or in the corridor of Prague’s Academy of Art, Architecture and Design, or at a Mykki Blanco concert. Some lifestyle-diary elements have stayed in as well though, as in the picture of Michal wearing Linda’s dress, also an oblique parody (with all due respect) of his onetime teacher Jiří Petrbok’s portraits of his daughter – incidentally not Michal’s first reference to the former’s work. This is all the more ironic in the light of Petrbok’s own practice of recycling works by other artists. Together, he and Michal prepared a publication to accompany this show, in the form of dialogue between their drawings.

Michal Drozen (b. in Prague-Lužiny, 1989) is a recent graduate of Jiří Petrbok’s class, studio of drawing, Academy of Fine Arts in Prague.

The credo of the Studio of Drawing’s class headed by Jiří Petrbok at the Prague Academy of Fine Arts is: “Everything is allowed, nothing is forbidden.” In practice, this gives students freedom to do anything they like, a rule explicitly upheld by the head teacher, Jiří Petrbok, who, together with Petr Vaňous in the capacity of lecturer, took the studio over in 2011.

By the time he became its head, Jiří already had to his credit previous teaching assignments, including a fairly long period (from 1997) as assistant to his predecessor – and still earlier, his own former teacher – Jitka Svobodová, as well as, prior to that, at the College of Graphic Design in Jihlava. Interestingly, he had also spent some time working as a watchman in Prague’s ČKD machinery plant (hence possibly his practice of “surprise inspection calls” at the studio, as a form of random checks on students at work), or as a locksmith, his source of income during the communist era. He picked for the post of his fellow teacher free-lance curator and art historian Petr Vaňous, his occasional creative partner in his own art projects. Actually, Vaňous’ presence on the Academy of Fine Arts faculty sets an exception to the general rule of art historians teaching at art schools anywhere in the Czech Republic being a very rare phenomenon indeed.

In choosing his prospective students, Petrbok insists on each applicant’s having a distinct personality, as well as each coming up with their own individual theme, an initial impulse which, when admitted, the young up-and-coming artists develop in the course of their first years of study, and which some of them remain faithful to all the way long to their degree thesis works. Apart from Michal Drozen, they currently include for instance Tomáš Absolon or Martin Herold, the latter of whom reached the final round of this year’s Critics Award for young painters. The character of their output attests to the fact that notwithstanding this studio’s groundwork-level focus on the medium of drawing, some of its students eventually end up working in other media as well. 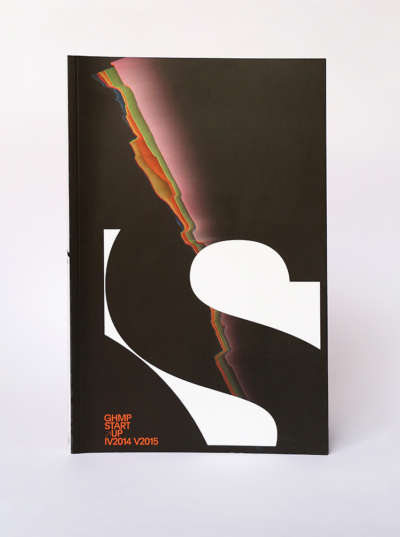 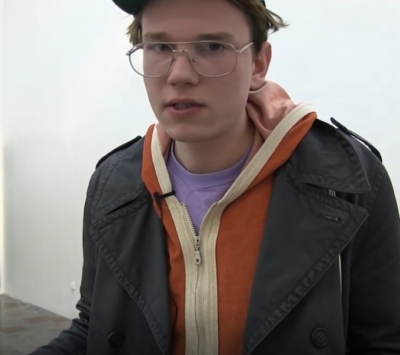