Jan Vičar ranks among the few artists capable of perfectly mastering the complete range of graphic techniques, which he subsequently innovates with unceasing enthusiasm in order to prove their viability even in the era of digital images.

Selecting linocut as his exclusive method, he followed the path which is most appropriate to him, at the same time perfectly realizing the wide availability of the material, the almost unrestrained available dimensions and the rather easy way of processing. Vičarʼs subjects vary, and his sources of inspiration are often very surprising due to his unorthodox and spontaneous perception of reality.

The story concept exhibited in the Colloredo-Mansfeld Palace reflects the artistʼs own experiences from the period when he worked as a care provider in the German city of Konstanz. The truculence and intolerance of his client – a former SS policeman, i.e. a representative of a major paramilitary organization under Adolf Hitler and the Nazi Party − and his daughter became the leitmotif of the presented story.

Jan Vičar digs deep into the childhood of the person in question, Mr Josef K., seeking the possible reasons for his moral devastation. The cycle also includes Vičarʼs diary entries from that period. The authentic confession of Josef K., almost bringing himself to tears in his recollections of the “good old times”, yet emphasizes the rough and stirred atmosphere which the artist had to cope with in his contact with the “quite unusual” patient.

Jan Vičar: I Wanted to Be a General but the War Was Too Short 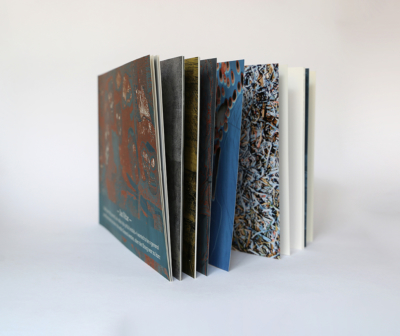