This retrospective exhibition of the Czech photographer Antonín Kratochvíl presents a cross-section of a highly expressive, suggestive photographic oeuvre by one of the world’s most prominent and significant producers of social documentary photography and photojournalism on the nature of contemporary human society. He affects our emotions, upsets us, transforms images with sophisticated effects, and dispenses an exact dosage of the intended resonance of the labyrinth of the forms humanity and its averted faces.

Kratochvíl’s photographs accentuate images of deprivation, despair, alienation, pain, sadness and misery, as well as the arrogance of power and its consequences in various parts of the world. They present historical evidence of modern social and civilization problems of the world and military conflicts (Afghanistan, Bosnia, the Philippines, Haiti, Iraq, Rwanda, Zaire) and capture the tragedy of humanitarian and natural disasters or the escalated social problems of human society as such (epidemics, disappearing cultures, devastation of the landscape, the criminality of drug dealers, and an insight into the lives of contemporary “golden youth” in Moscow).

Kratochvíl imprints his own personal style onto portraits of show-business celebrities as well as completely unknown, anonymous people, which taken as a whole represents an allegory that has a specific meaning for him. By interconnecting well-known figures such as Bill Gates, Willem Dafoe, Keith Richards, Patricia Arquette, Priscilla Presley, David Bowie, Milan Hlavsa, Pavel Landovský, Jean Reno, Bob Dylan, Billy Bob Thornton, Vittorio Storaro, Kyle MacLachlan, Judith Godreche, Amanda Lear and Debbie Harry with unknown faces of people from diverse backgrounds, living through numerous reversals of fortune and gaining experience, Kratochvíl reflects the state of the human soul in today’s world. These photos do not celebrate specific people, heroes, or celebrities. Kratochvíl relativizes beauty and relationships to seek and find an adequate visual form for his profound statement about the perception of humanity as the essence of our being, our personal and social space, and finding fulfillment in life.

Born in 1947 in Lovosice, Czechoslovakia, Kratochvíl is a Czech photojournalist of international renown. After five years of exile in Europe (1967–1972) including lifelong lessons from his time in a refugee camp, in prison, and in the French Foreign Legion, he was humanized by his studies of art and photography at the Gerrit Rietveld Academy in Amsterdam and went to the United States in 1972, where he later rose to become one of the top photographers in the world as a photojournalist and war photographer. A crucial moment in his career came with his self-published book Broken Dream: Twenty Years of War in Eastern Europe (1997). He has worked for prestigious American newspapers and magazines including Rolling Stone, New York Times Magazine, Newsweek, Mother Jones, Smithsonian, Condé Nast Travel, Geo, Playboy, Penthouse and Vogue. He has received many international awards for his documentary photographs, such as the Dorothy Lange Prize, the Ernst Haas Award, the Golden Light Award, the Gold Medal for Photography from the Society of Publishing Designers in New York, the Gold ARC Award for the Best Annual Report, the Lucie Award and World Press Photo. In the Czech Republic he was named the 2014 Personality of Czech Photography. 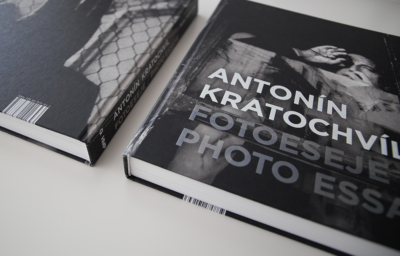