The majority of works displayed in the permanent exhibition is directly related to the Chýnov house. They were mostly created by Bílek here in the late 1890s and in the first decade of the 20th century, others became part of the interior during Bílekʼs lifetime. The representative selection of works in which the artist mainly presents himself as a sculptor includes works referring to the national spiritual tradition of the Czech nation, rooted in this very region.

These include two designs of unrealized monuments – a model of the massive National Monument for White Mountain (1908), realized on a scale of 1:10 and expressing the rise and fall of the Czech nation, and a design for the Jan Žižka Monument for the Prague Vítkov Memorial (1913), celebrating the era of the Hussite movement. Prague City Gallery has been responsible for the house since 1990.

In Chýnov, there is also the local cemetery where František Bílek is buried under his 1905 monumental, five-meter high sculpture Prayer among the Graves. The cemetery prides itself on having five more Bílek tombstones, realized between 1902 and 1908.

Two recently published guides, František Bílek / The Chýnov House and Chýnov – The Cottage of Sculptor František Bílek, are available at the local ticket office and in the Prague Troja Château. It offers details and interesting information on Bílekʼs life and oeuvre, as well as on the construction process and history of the Chýnov house.

The reopening of the modified exhibition is scheduled for June 2022. 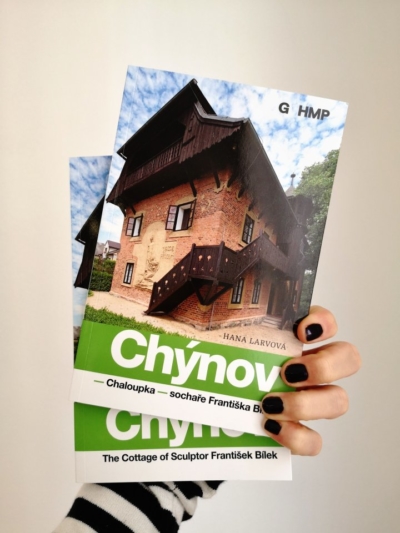